Free Live Streaming of All Services 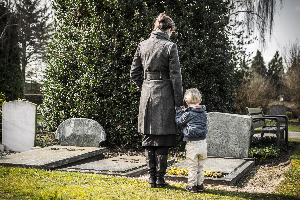 When you’re organising a funeral, you need someone to lead the service. While this was traditionally a role for religious representatives such as ministers or priests, this isn’t as much of a requirement today. As an alternative, more people choose non-religious celebrants to take charge of funeral services. For example, you can hire a celebrant to do this for you. Here, you can learn more about what celebrants are and how they can enhance your cremation service.

The Role of a Celebrant

Like any funeral celebrant, celebrants run the memorial service. They make sure that everything happens on time and in the right order. Celebrants can take on various roles based on how you want it to run. For example, they often talk about the person who has died, give readings and lead the mourners in any songs used during the service.

Unlike ministers or priests, they are non-religious. They don’t push a belief in a God or life after death but provide a scientific view on human existence. Therefore, if you hire a celebrant, they will lead the funeral service from a non-religious slant. Their sole focus is on celebrating the life of the person who has died.

The Benefits of Hiring a Celebrant

There are many reasons why a celebrant is ideal for your funeral plans. Here are just a few to consider:

You or the Deceased Aren’t Religious

If the person who died didn’t have a specific belief, then using this kind of celebrant makes sense. If the deceased didn’t attend church and wasn’t religious, then they may have requested a non-religious funeral.

Even if the deceased didn’t specify what they wanted, you may feel hypocritical giving them a service led by a religious representative if this goes against their beliefs. You may simply want to use the service as an opportunity to commemorate them and to close the chapter on their life before the cremation.

They Create a Personal, Intimate Environment

Also, many people find that a humanist ceremony is more personal and intimate than a religious one. While religious ceremonies include God and the afterlife, the sole focus of a humanist-led service is the deceased. People may be more comforted and may get better closure if the service feels like a fond farewell.

You also don’t need to worry if you hire a celebrant who didn’t know the deceased. Experienced celebrants are skilled in talking about people they never met. In fact, most rarely lead services for people they knew. It is the celebrant’s job to get to know the person they’ll be talking about before the service.

They Are Skilled in Highlighting the Life of the Deceased

Celebrants spend plenty of time with you talking about the deceased, so they can plan what to say during the service. As well as finding out relevant facts to mention in the eulogy, a good celebrant will listen to your stories and weave them into a unique speech that honours the deceased’s life and achievements.

So, for example, the celebrant may intertwine biographical details with stories, anecdotes and comments from family and friends about the deceased. The celebrant can gather these details in meetings or, if you prefer, will talk to you over the phone or by email.

If you’re unsure about certain details of parts of the deceased’s life, then ask the celebrant for a list of the basic biographical information they need before you meet with them. This gives you the chance to talk to other members of your family or friends who may be able to fill in gaps for you.

If you don’t know a celebrant and are worried about hiring someone you’ve never met or seen leading a service, then contact us at Cremations Only. We work with sympathetic and skilled celebrants who help you craft the perfect service for your loved one.